Welcome to the website of The Worshipful Company of Engineers, one of the 32 ‘modern’ livery companies in the City of London.

We are a fellowship of leading engineers (and partners) who meet, socialise and exchange cross-disciplinary thinking at prestigious city venues and support the Engineers Trust in its educational, engineering excellence, and charitable objectives.

Our members are all Chartered Engineers, and are from all the professional disciplines of engineering, technology and business. Liverymen of the Company are Fellows of the Royal Academy of Engineering or at least one of the Professional Engineering Institutions.

The Company works to promote and develop all aspects of the science, art and practice of engineering within a social and charitable ethos which is at the core of the Livery movement. Explore the site for more information and our blogs for informal insights through our members’ personal reflections. For any further information, please do not hesitate to contact the Engineers’ Office.

Certare Ingenio – Use skills to the best of one’s abilities

A welcome return to live Company events has been celebrated, as the Master’s Out of Town visit to Durham and the North East draws to a conclusion.  64 members and partners joined the Master and Mistress for a busy and enjoyable three days 16-19 September.

Highlights included: visits to Durham cathedral and the old City, the Mining Institute and Discovery Museum in Newcastle, visits to Hexham, Hadrian’s Wall and Wallington Hall.  Formal Dinners were held at the Beamish Hall Hotel and Ushaw College.  A full write up will appear in the next edition of The Swordsman.

The photo below shows the “technical” group at the North of England Institute of Mining and Mechanical Engineers in Newcastle on 17 September after a talk by Dr Charlotte Adams of the Coal Authority on the subject of geothermal energy from disused mine workings.

The Royal Academy of Engineering Awards 2021

The Royal Academy of Engineering’s 2021 Awards were presented at a ceremony on 13 July at Prince Philip House, attended by HRH The Princess Royal – only a short while after the Company’s own Awards ceremony concluded.  The Master attended on behalf of the Company.

The MacRobert Award for 2021 was formally presented to the DnaNudge team, as previously advertised.  In addition, The Rooke Award for 2021 (named after Sir Dennis Rooke, second Master of the Company, past President of the Royal Academy and the Master’s late father-in-law) was presented to Dr Larissa Suzuki.  The award recognises the public promotion of engineering.  Larissa joined the Freedom of the Company on 14 October last year.

The Royal Academy has just released an excellent short YouTube clip covering the awards ceremony, which can be seen  here.

Fellowship of the Royal Society

On behalf of the Company, the Master and Wardens congratulate Member of the Livery Professor Hugh Griffiths OBE FREng on his recent election as a Fellow of the Royal Society.

Hugh  is distinguished for his research in radar – in particular bistatic radar, in which the transmitter and receiver are spatially separated, and passive radar, in which the radar receiver exploits existing transmissions such as broadcast, communications or radionavigation signals. These configurations have important applications in military radar sensing in which the passive nature of the receiver is advantageous, and in the detection of stealthy targets, as well as in civil radar as demand for spectrum from all users increases.  He has pioneered this subject over several decades in undertaking some of the first experiments on passive radar, and his work and publications have stimulated further work worldwide, to the point where passive radar is now a mainstream subject. Hugh received the IET A F Harvey Prize in 2012, the IEEE Picard Medal in 2017, and he was appointed OBE in 2019 for services to engineering.

Hugh joined the Freedom in April 2003 and advanced to the Livery in October that year. 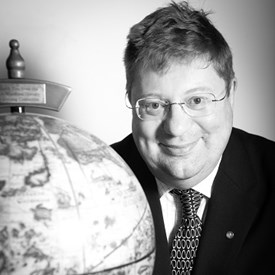 DnaNudge has been named as the winner of the Royal Academy of Engineering’s 2021 MacRobert Award. The London start-up has been honoured for the development of its pioneering consumer genetics technology, pivoting and adapting the technology to deliver a rapid, lab-free RT-PCR COVID-19 test to NHS hospitals.

The background to this year’s Award will be covered during the Worshipful Company of Engineers and Engineers Trust Annual Awards ceremony on Tuesday 13 July at 6 pm.

It is hoped that the Royal Academy of Engineering will host an evening conversation with DnaNudge later in the Autumn.  Full details will be published when known.

The Master and Wardens belatedly congratulate Liveryman Peter Cullimore on his Appointment as a Member of the Most Excellent Order of the British Empire, announced in HM The Queen’s Birthday Honours List on 12 June 2021.

Peter’s honour was in recognition of services to the Provision of Social Care in Beaconsfield, Buckinghamshire.

On behalf of the Worshipful Company of Engineers they offer their sincere congratulations to:

The Company further extends it good wishes to all those worthy women engineers named in this year’s Top 50; the focus for which was women who have improved engineering in service of our society.  Many congratulations to them all.